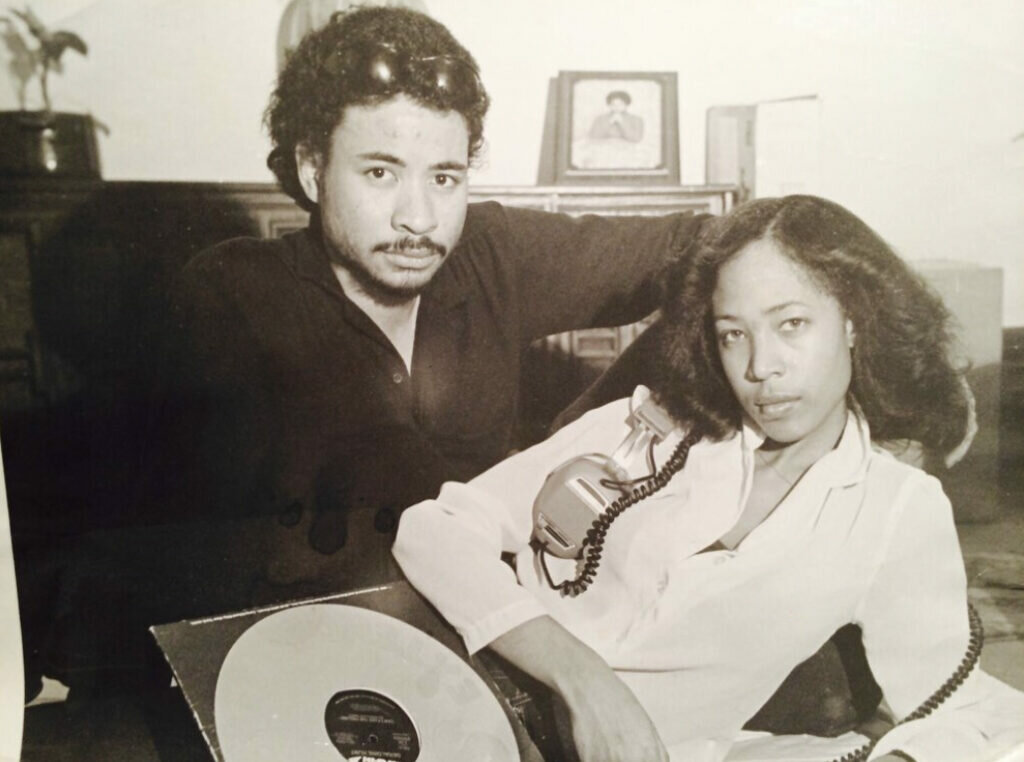 Hear from performer, historian, and writer Dr. Meida Teresa McNeal—one of the contributors to the Nick Cave: Forothermore exhibition catalogue—and DJ Lori Branch as they discuss the early Chicago House music scene that was so formative to Nick Cave and build bridges between the sounds of the time and the artwork Cave created. Then, stick around to listen to Branch perform a set responding to Nick Cave’s art.

Please note: This event will be held at the DuSable Black History Museum and Education Center.

The MCA’s Soundtrack series offers contemporary sound-based artists the opportunity to transform your MCA experience with custom soundscapes responding to works on view in the museum.  This Soundtrack is organized by Daniel Atkinson, Manager of Learning, Adult Interpretive Programs, and Otez Gary, Curatorial Assistant.

All programs are held at the DuSable Black History Museum and Education Center.

Dr. Meida Teresa McNeal is the artistic and managing director of Honey Pot Performance, a Chicago-based Afro-feminist performance and public humanities organization. She received her PhD in Performance Studies from Northwestern University and her MFA in Choreography & Dance History from Ohio State University. She continues to teach as part-time faculty at Columbia College Chicago and the University of Chicago. Dr. McNeal also works with the Chicago Department of Cultural Affairs & Special Events’ Executive Administration team as the senior manager of arts and community impact investments, building and implementing artist recovery programs and creative placemaking and grantmaking initiatives. Prior to this role, she worked with the Chicago Park District as the arts and culture manager, supporting community arts partnerships, youth arts, cultural stewardship, and civic engagement initiatives.

As a solo artist, Lori Branch has held residencies in numerous Chicago clubs and played opening sets for several recording artists such as Michelle Ndgiecello, Lauryn Hill, Arrested Development, A Tribe Called Quest, and others. Branch has coproduced music for several independent film projects in addition to writing and producing television and film projects such as Kevin’s Room, 40th: The Story of Roberts Temple, and the Rap-it-Up Chicago series. Seen by many as a pioneer DJ in Chicago’s House music scene and one of (if not the) first women to grace the decks, Branch has been featured in a number of documentaries, articles, and television specials. She currently cohosts the Vintage House radio program on WNUR 89.3FM Evanston, IL, and WNUR.org, and is a board member of The Modern Dance Music Research and Archiving Foundation.

Branch and Dr. McNeal are also part of the team that created The Chicago Black Social Culture Map, which involves researching Chicago’s Black social culture across the 20th century from the First Great Migration through the birth and evolution of House music. The project features community archiving, live programs, and the cultivation of a digital archive and interactive online map.