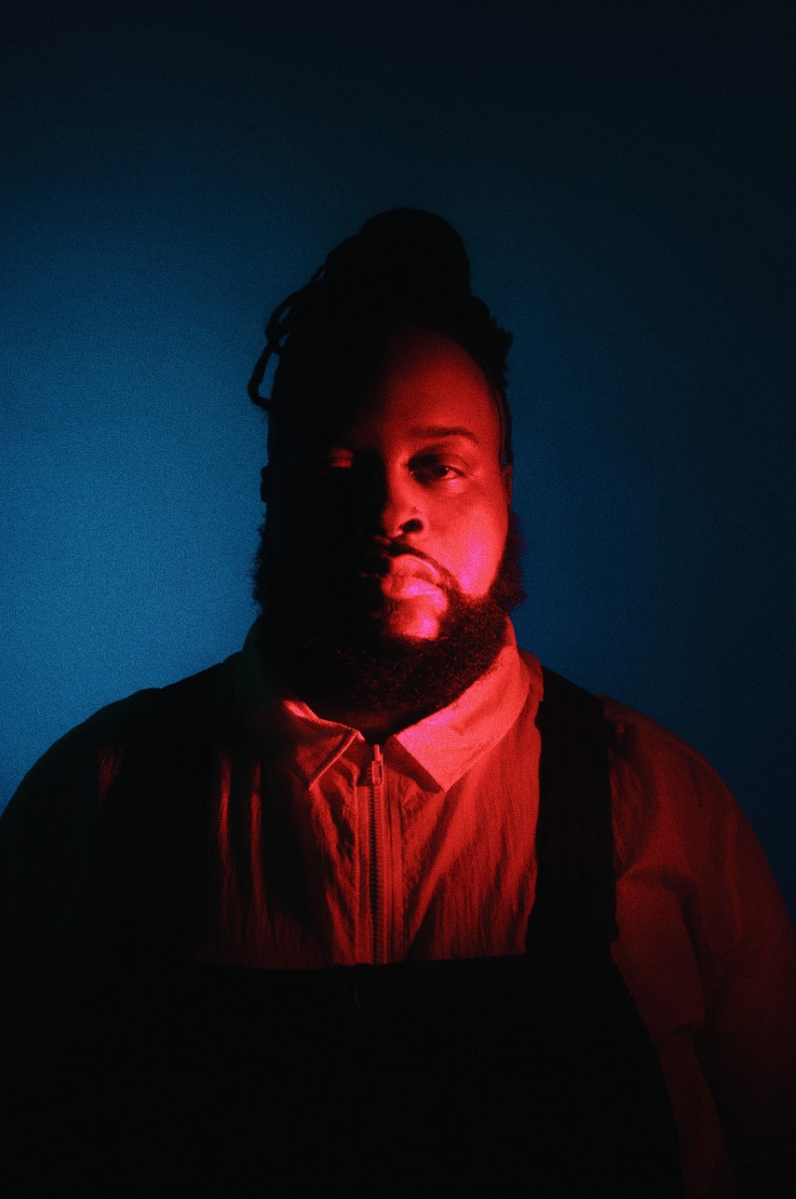 Contemporary sound-based artists transform your MCA experience on a select day of the month with custom soundtracks reflecting their perspective of works on view in the museum. DJ sets and bands occupy spaces in the museum as the building itself amplifies their sound constructions.

How would you describe a layered sound? Manasseh answers this question by layering his voice a multitude of times to create what he calls “Psychedelic Soul.” For this Soundtrack, Manasseh performs original arrangements, including songs from his upcoming project Variations V1 – I’ll Be, in response to Martine Syms: She Mad Season One.

The Chicagoan has been a practicing musician since childhood with influences from his vocalist mother and the church. Using his voice as a tool to provide his story to listeners, he also accompanies it with a voice effects pedal that allows these layers to be further expanded, creating a journey through sounds made in a multiverse that comes together in each song. Manasseh’s music is like a deep whisper added to a seamless autobiographical soundtrack. With vulnerability both on his tracks and on stage, Manasseh invites anyone with a story to tell to feel empowered listening to him shed his own layers in front of them.

This Soundtrack is organized by Otez Gary, Curatorial Assistant, with the Performance and Public Practice team.

Manasseh, a South Side native, has become the “go-to guy” for session/vocal coaching, songwriting, and arranging, and he lends his assistance and talents to a variety of fellow artists. His highly anticipated first album, Monochromatic Dream, was released on March 29, 2022, and is to be followed by a succession of EPs.

Manasseh has performed at a number of venues, including the world-famous Museum of Science and Industry. Manasseh has also been featured in articles in the Chicago Tribune, Earmilk, and Ambient Vibez. His song, aptly titled Inches, was featured on Tyler Perry’s Sistas, Season 2, Episode 4. 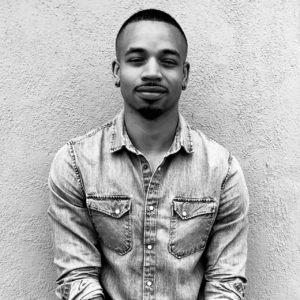 Brandon Cameron (drums and percussion), also known as “BC” is a percussionist, songwriter, arranger, audio engineer, and creative from the Chicagoland area. Thanks to his family, music has always played a significant role in his life. While he is passionate about all of music’s intricacies, it was the rhythm section that he fell in love with the most. His journey as a percussionist started at the the age of seven and continues to evolve to this very day. He currently plays with a host of different artists and collectives that span a variety of genres that has allowed him to play on stages and recordings locally and nationally. You can follow Brandon on Instagram, @mr_brandoncameron. 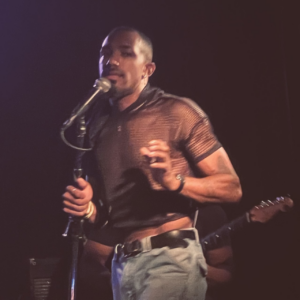 Blake Davis (vocals) is a vocalist, producer, and writer. Born with Southern Baptist gospel roots, music was part of every moment of his life growing up. Davis came to Chicago in 2011 from Aurora, IL, and attended Columbia College Chicago, where he studied jazz vocal performance. In turn, this catapulted him into various artistic avenues. Since then, Blake has cultivated his sound of soul through collaborating with his community, working alongside independent Chicago artists such as Noname, Phoelix, theMind, Smino, and so many more. You can follow Blake Davis on Instagram, @blake_davis_.

While Lisha Denise (vocals) may be new to the world of recording and live performance, her talents span beyond the notion. Growing up in a musical family, she began writing songs while creating choreographed routines. She has also studied guitar and has played for several years. Multi-talented, she is currently operating as a vocalist, songwriter, and arranger. Lisha melds her vocal tone with compassion, creating sound while simultaneously setting a euphoric tone for her listeners. You can follow the journey of this flourishing artist on Instagram, @carlishadenise. 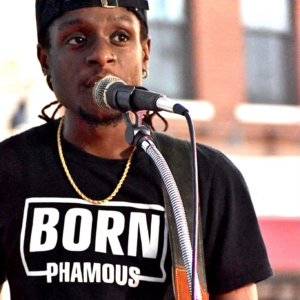 Lamonté Norwood (bass and key bass) is a multi-instrumentalist and vocalist. He began his journey into music as a child, growing up in church and initially gravitating towards percussion. He then moved to piano before transitioning to bass guitar. Norwood has played with a number of artists such as Keke Wyatt, Chai Tulani, Manasseh, Ephraim Bugumba, and Frank Liston. He is also the musical director for Vibes Live Chicago and a brand ambassador for Born Phamous Apparel. You can support his musical endeavors by following him on Instagram, @taefinessemusic. 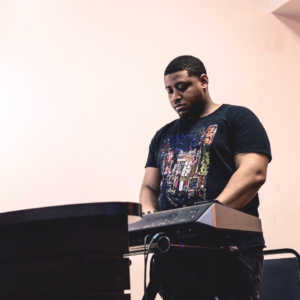 A Chicago native, Remon Sanders (keys) is an up-and-coming musician. He is also a visual and live sounds engineer. The drums was his first instrument of choice, after which he began playing the piano in 2015 and hasn’t stopped since. He has played at a number of venues in the Chicagoland area as well as for several artists: Genesis, Club Chi, Frankie & Chi Tulani, just to name a few. You can experience the brilliance that is Remon Sanders by following him on Instagram, @remohands, and learn of upcoming appearances and performances.

In this video MCA Community Engagement Manager Otez Gary interviews singer/songwriter Manasseh about growing up in Chicago, the parallels between R&B and gospel music, and creating music as a way through grief.

Produced by the Museum of Contemporary Art Chicago, 2022.

Watch Manasseh + The Fam perform at the Chicago Public Media Jim and Kay Mabie Performance Studio in this coproduction between Vocalo and the MCA.

Produced by Vocalo and the Museum of Contemporary Art Chicago, 2022.

Martine Syms: She Mad Season One