This event is copresented by the MCA and Public Art Fund
On the occasion of Travels Pretty, join us for a conversation with Wendy Red Star, an artist who investigates histories and misunderstandings of Indigenous culture with humor and care.

Red Star—whose work was recently featured in the MCA exhibition Based on a True Story . . . —currently has a major public art exhibition on view at 300 JCDecaux bus shelters in three cities, including 150 in Chicago, organized by Public Art Fund. The project highlights the art of parfleches—intricately designed carrying cases that were historically made and decorated by Indigenous women. Red Star is joined by Gaylord Torrence, an expert on parfleche, and Katerina Stathopoulou, an adjunct curator at Public Art Fund, as they examine Red Star’s practice and its meaning for art in the public sphere.

As the leader in its field, Public Art Fund brings dynamic contemporary art to a broad audience in New York City and beyond by mounting ambitious free exhibitions of international scope and impact that offer the public powerful experiences with art and the urban environment. 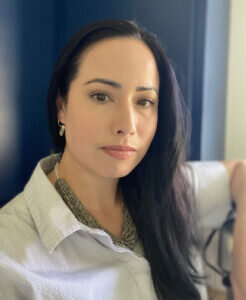 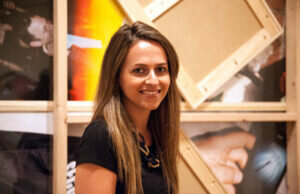 Katerina Stathopoulou is the curator of Wendy Red Star: Travels Pretty (2022). She is currently an Adjunct Curator at Public Art Fund in New York, NY. Recent projects include solo exhibitions with Martine Gutierrez, Farah Al Qasimi, Elle Perez, and Claudia Wieser. In 2021, Stathopoulou cocurated the Thessaloniki PhotoBiennale in Greece. She is a contributing author to numerous publications, including The Real and the Record (2021), Ai Weiwei: Good Fences Make Good Neighbors (2019), Among Others: Blackness at MoMA (2019), and MoMA Highlights: 375 Works from The Museum of Modern Art (2019). 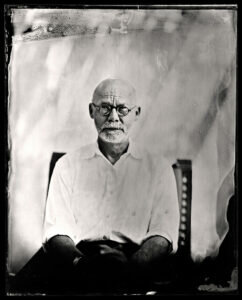 Gaylord Torrence, Curator Emeritus of Native American Art at The Nelson-Atkins Museum of Art and Professor Emeritus in Fine Arts, Drake University, is widely recognized for fostering new perspectives in historical Indigenous art and the recognition of contemporary Native artists. His recent publication, Continuum, showcasing Native art and artists from the Nelson-Atkins Collection, received the 2021 Kotz Award for Art in Literature. Torrence guest curated the first permanent installation of Native American art in the American Wing of The Metropolitan Museum of Art. His exhibitions and publications include The Plains Indians: Artists of Earth and Sky, organized by Musee du quai Branly, Paris, France, that touring to both the Nelson-Atkins Museum and The Met; and in 1994, The American Indian Parfleche: A Tradition of Abstract Painting. He is currently a guest curator for the Heard Museum in Phoenix, AZ.

Bloomberg Philanthropies is the presenting sponsor of Wendy Red Star: Travels Pretty, presented by Public Art Fund in New York City, Chicago, and Boston. Leadership support for Travels Pretty is provided by Abrams Foundation, the Henry Luce Foundation, Jennifer & Jason New, Patricia & Howard Silverstein, and the Terra Foundation for American Art, with major support from Linda Lennon & Stuart Baskin and Ann & Mel Schaffer. Special thanks to JCDecaux. Public Art Fund Talks are made possible in part by Con Edison and the New York State Council on the Arts with the support of the Office of the Governor and the New York State Legislature, as well as by public funds from the New York City Department of Cultural Affairs in partnership with the City Council.